Here are the current Thunderbolt Staff for the 2022 Swim Season: 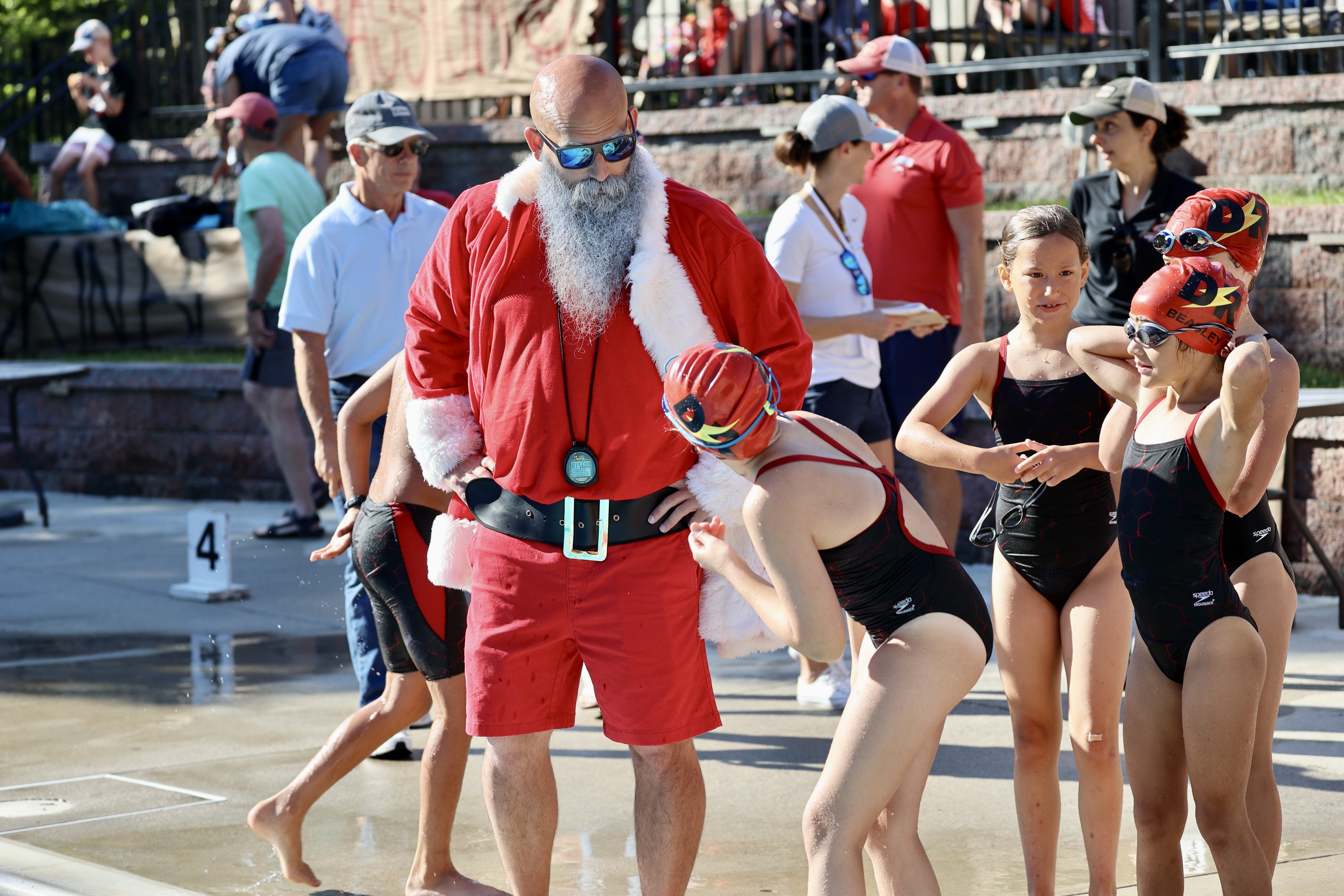 Phil has been the head coach at Donaldson Run for the last nine seasons.  He is also an 8th grade Civics teacher at Franklin Middle School, the Head Coach of the McLean High School Swim & Dive Team, and is the Head Coach of the Dorothy Hamm Middle School Swim team. Phil also runs an Arlington based developmental swim program year-round called The Swim Farm which helps swimmers at all levels increase skills and confidence in the water.

Coach Phil grew up swimming in the area for his local summer swim team in the Colonial League, swam club at MAKO, and was a captain of the Chantilly Swim and Dive team in high school. Phil has had many different coaching experiences over the years at many different levels and in many different sports. He was the Head Coach of the Armfield Farm Stingrays from 2006-2012 where they won several Division Championships during his tenure. Phil has also run several different Developmental swim programs in the Northern VA area, was an age group coach for club, and has high school coaching experience at Chantilly, Oakton, and Robinson SS. While at Robinson, Phil led the Rams to a 34-18 overall record and 2 State Championships.

Phil also served in the Marine Corps and uses many of the techniques he learned during those experiences to help motivate his students and athletes. His many different experiences as a Marine, teacher, and coach of many different sports have molded his very unique coaching style.

Hi everyone! My name is Grace Jansen and I’m currently a graduating senior at Yorktown High School. This will be my second year coaching, and 13th year swimming for Donaldson Run. I enjoy coaching DR because of the opportunity to foster a love for swimming, and help everyone achieve their goals along the way. Next year, I will be swimming for Kenyon College, where I plan to major in psychology with a concentration in neuroscience. I look forward to an exciting summer with all of you!